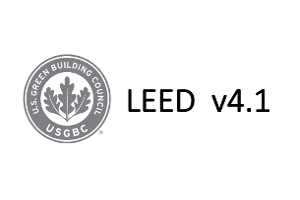 “Change is inevitable, growth is optional.” That was said by John C. Maxwell. He didn’t say we liked it, he just said it was. Change IS. Whether we want it, whether we voted for it, or whether we sought it out. The building product manufacturing world is no different.

In a upcoming blog we will write about the need for product manufacturers to accept and embrace the change to digital marketing as a driving force for specification. In the green building industry change being inevitable takes on a whole new meaning. The fact is, change in the green building community can mean business-killing changes. The introduction of new rating systems for different areas of a building have seen massive adjustments in the building product manufacturers world. WELL, fitwel, LEED, Ashrae, BIFMA, ISO, and more show us that a product manufacturer needs to be on their toes if they want to stay at the front of the line to be specified.

But, wait! Didn’t LEED v4 just come out last year? Yes and no. LEED v4 became mandatory for those using the LEED rating system a year ago, just after the Greenbuild conference in 2016. However, like much of how the USGBC works, that isn’t when it was released. Corey Enck at the USGBC reminded us that the development process began way back in 2009. It had six public comment periods and a beta program that began in 2013, according to BuildingGreen. If you realize that LEED v4 has been in process for 8 years, it makes sense for them to need to update the system to accept and promote new green building strategies in order to stay relevant.

LEED v4 has opened up many doors for product manufacturers to become part of the solution of building green like never before, and yet it still felt like it need more fine tuning. With vague or limited instructions provided in some areas, and some areas restricted even more, product manufacturers were looking to find a better way to contribute.

It is not a complete change to the rating system, this is more to enhance, expand, and evolve the system.

The USGBC has revealed that there is a new version of the LEED standard. LEED v4.1 means more changes for the product manufacturing world. According to the USGBC, “LEED v4.1 will use the existing credit requirements as a foundation for new strategies and technologies.” This means many things, and can come across typically vague if they didn’t dig into it. Thankfully, they do.

LEED v4.1 opens the doors on BD+C, O+M, ID+C, ND, as well as RCC. Not surprisingly, Arc Skoru seems to be a main addition to the new system. Arc is the “digital platform that allows any project to measure improvements and benchmark against itself and other projects around it.” Arc was designed to be the platform that allows users to interface with LEED. LEED v4.1 will apparently go so far as to embed Arc into O+M.

There will be an update to the ASHRAE 90.1 energy standard. The low-emitting materials credit will (hopefully) be streamlined, making calculations easier. And the BPDO credits will be put a little closer to the grasping hands of the architects and builders. On a larger scale, there is talk of combining the many different home rating systems into one Residential. They make a point that it is not a complete change to the rating system, as it was when they went from LEED 2009 (some call it LEED v3) to LEED v4. This is more of an enhance, expand, evolve to the system.

What Does That Mean for Product Manufacturers

A captive audience of architects, designers, and specifiers are at your fingertips.

With change coming/here I am reminded of a statement on Bob Ash’s blog, “Our challenge is to understand the change process, while also managing it as proactively as possible.” So, what can a product manufacturer do with the most widely used rating system changing things up again? How can you be proactive?

Don’t lose the lead. You know change is coming. Now is the time to get your LEED v4 documentation done. LEED v4 has been mandatory for one year. As of yet, of the 132,617,538 sq. ft. of LEED building that is in the US, 97% is LEED 2009. Only .72% is LEED v4 certified. That means that in the last year, we haven’t seen much completed under the latest rating system. This is a huge opportunity. The buildings that are being specified for right now are looking for LEED v4 products.

Get your HPD 2.1 in order and published with the HPDC. This allows you to be presented to the largest architects in the nation, as many of them won’t consider your product if it doesn’t have an HPD already. It also allows you to say that your product can contribute to the transparency documentation on the LEED v4 credits.

Finally, get in front of those specifiers! No one can specify what they don’t know. Check out what your marketing budget is for 2018. See where it’s being allocated. Check out our blog on why the largest companies in the world are focused on digital marketing, and look into your own digital presence. A captive audience of architects, designers, and specifiers are at your fingertips. What is your company doing to prepare and utilize the LEED rating systems changes? What is your marketing department doing to make sure you are the first thing a specifier thinks of in your space?