Is Plastic the Next Trend in Green Building?

Is Plastic the Next Trend in Green Building? 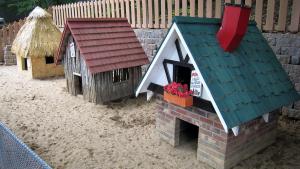 In The Three Little Pigs, three houses are built: one made of straw; one made of sticks; and then as we all know, the victor against the wolf, one made of bricks. Recently, while reading an article about the Dutch non-profit, The Ocean Cleanup, and subsequent articles about what to do with all the plastic it collects, I wondered how a house made of plastic would’ve fared against that wolf?

The Ocean Cleanup launched a 2,000-foot-long debris collector called “System 001” into the San Francisco Bay to trap ocean waste, with the intent of cleaning up the Great Pacific Garbage Patch, a gyre consisting of nearly 90,000 tons of plastic refuse located 1,400 miles from the California coastline. Now that the beta phase is finished, The Ocean Cleanup is launching the array to the garbage patch. At that point, the plan is to catch the plastic and remove it from the ocean, and The Ocean Cleanup’s computation models indicate a 50% reduction in the size of the Great Pacific Garbage Patch within 5 years, assuming they release multiple cleanup systems. Apart from releasing the cleanup array into a vast ocean that can present various challenges, The Ocean Cleanup group, started by Dutch inventor Boyan Slat in 2013 when he was a mere 18 years old, also faces the question of what to do with the plastic once they collect it.

According to their website, they plan to “investigate how we can reuse the material once it is back on shore. Initial work on ocean plastic recycling shows our material can be turned into high quality products. Imagine your next phone, chair, car bumper or sunglasses could be made from plastic retrieved from the Great Pacific Garbage Patch.” Ideally, we would be able to eliminate the ocean being used as a garbage dump at all, as well as eliminate plastic all together. In the meantime, The Ocean Cleanup's innovativeness and effort are well-intentioned and hopefully successful. You can follow the journey of System 001 on Twitter.

Not Totally a New Idea

Recycling plastic into a new purpose, however, isn’t a new idea. It’s been explored in the build and design world for a while. Several resources and companies have already developed methods to do this:

Recycling plastic into a new purpose, however, isn’t a new idea. It’s been explored in the build and design world for a while.

An internet search resulted in a plethora of stories, websites, and articles dealing with different ways to reuse plastic. A few notable ones are this article about an Algerian man who builds houses made of sand-filled plastic bottles, this report on a college project outlining how to construct houses with plastic bottles, and this website that chronicles many innovative projects and options for recycling plastic and improving the earth and community. It appears that the fairy tale pigs should have considered using plastic as an option to defeat the wolf, since experiences are showing that it may indeed be a sturdy option for construction. 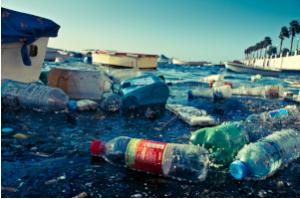 Is There a Catch in All This?

Finding alternative uses for plastic is one of my favorite sustainable projects I’ve researched, apart from ways to stop using plastic. But as I read more and more, my list of questions grew, and answers don’t seem readily available.

What We Do Know

I don’t know that there are answers to these questions, or if these innovations in plastic recycling are good or bad. But I do know that there are ways to learn more about using plastic in the AEC industry, as well as options for becoming a LEED Green Associate which will increase understanding for sustainable building, whether you are an architect, designer, or product manufacturer. One option is to explore our free courses, as well as premium courses which are found under the LEED General and the LEED Specific tabs. We also offer a free LEED Prep Exam course, if you’re interested in acquiring a LEED Green Associate credential, which is a great step toward specification opportunities on LEED projects. Continuing to educate ourselves is one way I do know can propel us toward better understanding of all things related to sustainability and green building.

Have you used any of the companies or techniques I mentioned, or have you been following The Ocean Cleanup? Do you manufacture a product from plastic and have been specified? Or do you have the answers to all my questions posed? Let us know what you think!