Climate Change, Part 3: It’s All About the Straws, Isn’t It?

Climate Change, Part 3: It’s All About the Straws, Isn’t It? 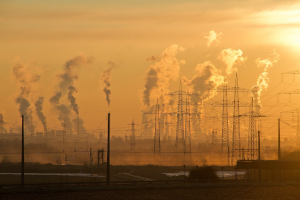 I used to love reading dystopian fiction, particularly when the fall of humanity could be attributed mostly to climate change or a weather catastrophe. I think this was because of all the possibilities for a fallen world, this one was the least realistic for me. The natural world existed long before we ever did, before I ever did, and it was much bigger than us. We could never ruin it, or be ruined by it, in my mind. It was unconquerable. But these climate-based novels like McCarthy’s The Road or Atwood’s MaddAddam trilogy came to mind as I protested Black Friday consumerism by staying home and, while reading the news, discovered the Fourth National Climate Assessment release by US Congress. This non-partisan report is the second of four similar annual studies commissioned by Congress and is basically a research report on the state of the climate. It’s not for the weak of heart, as it’s a scary read, and it squashed any hope I held onto from my voracious reading that climate change would never be a big enough problem to cause the down fall of humanity (yes, that’s a bit hyperbolic, but I am a creative writer at my core!)

In parts one and two of this climate change series based off Bill Gates’ blog post, Climate change and the 75% problem, I examined manufacturing and agriculture’s contribution to greenhouse emissions. With the release of the climate assessment, it’s a good time to cover the number one contributor and some options for reducing its effect, particularly in the manufacturing and AEC industries. Gates lists electricity as contributing 25% to greenhouse emissions and writes, “Although there’s been progress in the renewable energy market, we still need more breakthroughs. For example, wind and solar need zero-carbon backup sources for windless days, long periods of cloudy weather, and nighttime. We also need to make the electric grid a lot more efficient so clean energy can be delivered where it’s needed, when it’s needed.”

The assessment is long, but I encourage everyone to read it. In short, though, it concludes that evidence definitely leads to human actions playing a role in the world’s temperature rising. The report’s authors state, “(the changing climate) is transforming where and how we live and presents growing challenges to human health and quality of life, the economy, and the natural systems that support us.” They further write that without changes to our policies and practices, we will see, “substantial damages to the U.S. economy, environment, and human health and well-being over the coming decades.” The report explains in detail what those damages look like in real life, and also offers a link to the first report that includes the physical science that supports the volume 2 assessment.

A 2017 Forbes article states that scientists first issued warnings about the greenhouse effect of electricity production in 1968. Dr. Donald F. Hornig, energy advisor to President Lyndon B. Johnson, told the crowd at the Edison Electric Institute’s annual convention that global warming could lead to erratic weather behavior, crop erosion, and melting ice caps, leading to major climate consequences and potential catastrophes larger than seen in the past. Three years later, that limited data was expanded to conclude that burning fossil fuels led to global warming. By 1985, the Edison Electric Institute state that climate change would have a significant impact on electricity production and use. Over 30 years later, and the impact is now at crisis level.

“Although there’s been progress in the renewable energy market, we still need more breakthroughs. For example, wind and solar need zero-carbon backup sources for windless days, long periods of cloudy weather, and nighttime. We also need to make the electric grid a lot more efficient so clean energy can be delivered where it’s needed, when it’s needed.”

It helps to understand how electric power production affects the climate. Electricity generation is the largest source of greenhouse emissions in the United States, mostly through the burning of fossil fuels. In 2016, the EPA stated, “Approximately 68 percent of our electricity comes from burning fossil fuels, mostly coal and natural gas”. Generating electricity this way sends greenhouse gases into the atmosphere, contributing to global warming. But when these gases get trapped in the atmosphere, it leads to air pollution, smog, and acid rain.

None of this is probably new to most of us, but what was revelatory to me while reading the assessment was that the very thing contributing the most to climate change—electricity—is one of the things most vulnerable to climate change. It’s a catch 22 I never thought of before. By producing electricity through the burning of fossil fuels, global warming is increased; however, global warming is causing extreme weather incidents that threaten the structure and production of electricity. Some of the ways this happens include:

The obvious answer to fixing this is using more renewable energy sources like solar energy, wind, hydropower, and geothermal options. While each person can do this individually, it overwhelming to think that at this point, to make a difference, these options have to be used on a global level. But changes made at a personal or business level are still vital. How then can manufacturers contribute?

As a manufacturer, one pivotal way to get specified is to contribute to LEED credits. When this happens, you’re not only helping to ensure that the AEC industry is making positive contributions, but most likely, you’re using energy-efficient best practices in your own production, which means smaller actions add to a larger effect.

The LEED Energy and Atmosphere category approaches energy from a holistic perspective, addressing energy use reduction, energy-efficient design strategies, and renewable energy sources. For example, in the BD+C: New Construction category, there are at least five credits through which projects can earn points.

There’s a few other categories and points that involve energy production and consumption, but these four are a good sampling. If your product can help the project earn points in these credits, then hopefully a positive impact is had on the cycle of electricity production, and if enough of this happens, maybe changes can be made more quickly.

Also, while it doesn’t affect the issues presented by the Fourth National Climate Assessment directly, knowing and understanding the ins and outs of LEED v4 is extremely helpful as a product manufacturer. Sustainable building and production is vital in every sector, not just the top contributor to greenhouse emissions! We have many Spec Shaman blog posts related to LEED, free and premium courses, and we also offer a free LEED Prep course. Even if a product manufacturer or sales rep didn’t plan to become a LEED Green Associate, the course is still a great resource in learning what LEED is and how product manufacturers can contribute to LEED projects.

In the words of Dr. Seuss from The Lorax, “Unless someone like you cares a whole awful lot, nothing is going to get better. It's not.” The silver lining in all of it is that we know what we have to do to fix the problem, we all just have to care enough to do it. The Climate Assessment offers so much information and, for me, served as a severe wake-up call and motivator.

Were you already familiar with the role of electricity in global warming? If so, have you taken action to decrease your energy consumption or looked for alternative energy sources for your company or home?